He got flung out onto the road while trying to get on a bus. His forehead was badly injured. But even in his wounded state, he went to the customer’s house, provided him with the needed customer service and only after ensuring that the concerned issue was solved, did he go to see a doctor. This is the story of Chabiraj Jaiswar, a retail employee from Hypercity for whom customer service comes above everything else.

There are millions of retail employees just like Chabiraj who go beyond their call of duty to provide exemplary customer service.TRRAIN Retail Awards is the only retail awards in India, and probably the world, that acknowledges, applauds & recognizes the front end retail associates for excellence in customer service

With 12,000+ entries received from 116 cities in 8 years and 100+ winners, our awards have not only set a new benchmark for customer service but have also impacted the lives of hundreds of retail associates, both at work and at home. 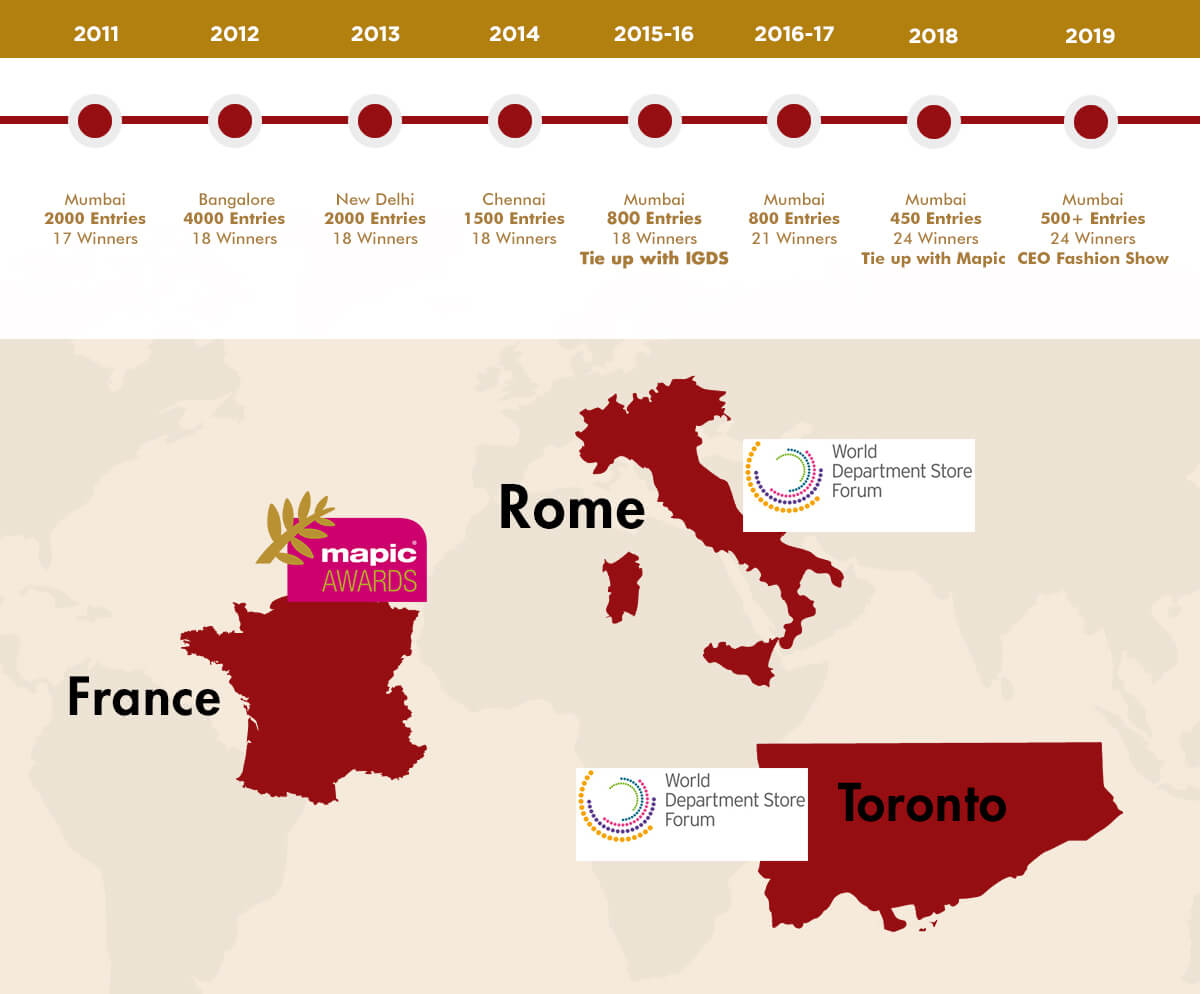 Established in 1996, MAPIC Awards is a competition that rewards excellence, innovation and creativity in the retail real estate industry. Their newest category, “Customer Service Excellence Award” introduced in association with TRRAIN judges the finest and most enduring customer service stories of sales associates at a global level.
The category saw participation from retailers all over the world and the winner of the ‘Customer Service Excellence Award’ 2017 was Rosario Lozano Bretone, a sales employee at MediaMarkt Saturn Retail Group, Spain.

Here is the story of his excellent customer service:
Rosario, a trainer at Media Markt Granada works as a sales assistant and is also involved in the Customer Training project. He often used to share his passion for photography with his customers via a training session. So once when a customer was confused about which camera to buy for her daughter, who, she felt, had a flair for photography, asked Rosario for his advice. At the very moment, one of Rosario’s colleague came up with a suggestion for her to buy the camera together along with his training session which would help her daughter in enhancing her talent. Even the customer thought this to be a great idea and that’s how Rosario met Marta.

The training helped Marta in improving her skills, and she now plans to start her own business and be a photographer. Training also led to the formation of a nice bond between them and Marta now visits Rosario very often to talk about photography, ask for recommendations, and buy new equipment for her studio.

These trainings have not only benefited the customers, but the store also has observed a positive impact. 32% of the customers that took part in these trainings also bought from the store afterwards. The purchase frequency has increased from 53 to 23 days after the training. Furthermore, there was a rise in the Net promotor score by 10%-15% since the training (Workshops or personalized training) started one year ago.
Helping customers to learn new things has also helped Rosario to go out of his comfort zone and hold training sessions on products that he was not very familiar with. He is grateful to his team for all their support. This process has also taught the team to help and support each other when needed.

Inspired by our TRRAIN Retail Awards, The World Department Store Forum launched an award to acknowledge the outstanding achievements of sales associates worldwide. These awards received global participation in both of its editions, and the winners were determined on the basis of their exceptional performances in fulfilling customer expectations, commitment beyond duty, product knowledge, teamwork and commercial results.
The finalists of their first Award ceremony held in Rome in 2015 were selected by a panel of experts, led by our founder,  B S Nagesh.
The second edition was held in Toronto in 2017 and the winners were Segio Diaz from Al Tayer/ Harvey Nichols- UAE with runners-up Angela Diaz from Brown Thomas – Ireland and Shannon Luloff from Neiman Marcus – USA.

Arti’s story is truly inspiring and stood out among so many stories due to its simplicity yet strong appeal. Arti was working in a small local salon, which she had to give up due to erratic schedules based on her family’s preference. Since she is a seventh-grade pass, her options for jobs were limited but that did not stop her from working hard at Simran Sahni’s Health Zone. The team slowly started seeing the effort Arti was putting in. How the number of hours she was putting in was more than others and her occupancy from being at 60% to 70% reached a magnificent 130%. Others also emulated from Arti and the salon had to start up from 7 am onwards to meet the demand. She has showcased exceptional efficiency due to which she has had a steady regular client base among which was Ranjeet Agarwal, who wanted home visits based on her convenience and Arti readily agreed to visit her place at any time. Her consistent efforts and loyalty to the organization have shown a great deal of change which has led to increase in the number of clients being served every day and therefore an increase in profits and revenues in the last few years. Her efforts and the teams work have increased the revenue of the salon from rupees 2 lakhs to rupees 6 lakhs. 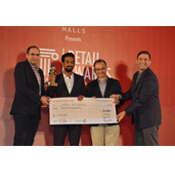 A couple entered the Lifestyle store in Grand Mall Kochi on their respective wheelchairs. Yadhu Krishnan, a customer service associate approached to assist the lady and noticed her looking at the ladies collection and picking some of them out while being very unsure of how the clothes will look on her. An idea struck and Yadhu quickly suggested that a female associate would wear the clothes on her behalf so that she could check and see the fitting and style. The couple loved the idea and finally picked up 6 pieces of clothing from the ladies collection. When they moved to the men's section, they called for Yadhu to help them out once again by helping them select and try the clothes on. Yadhu patiently spent more than an hour taking care of the couple and their shopping needs. This not only resulted in the couple thanking Yadhu for his assistance and for being supported like never before but also them ultimately billing for Rs. 20,000. This goes to show how a single moment of conscious thinking can lead to a lasting impression in the customer's mind. 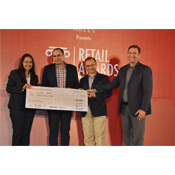 Mr and Mrs Rao walked into Manubhai Jewellers to make a special purchase on the occasion of their 25th wedding anniversary. Since the couple were Speech and Hearing Impaired, the team decided that Asha would be the best customer service associate to guide them. She used sign language to communicate with them and showed them the Mangalsutra collection for them to choose from. She went on to explain the entire process of jewellery buying including checking for gold purity or diamond quality, very patiently. Mr and Mrs Rao made a choice and while waiting for billing realised they were short on the amount and had to visit the bank. By then Mrs Rao felt really comfortable with Asha and she decided to stay back at the store while Mr Rao fetched the money. Upon his return, the team at Manubhai celebrated with a cake and bouquet of flowers and in return, Mr and Mrs Rao gifted a box full of chocolates to the entire team as a token of their appreciation for the patience and support. 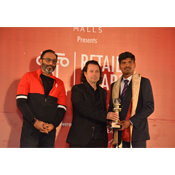 As a delivery associate at Big Basket, Naresh has to deal with a few cash on delivery orders every now and then. Many a times Naresh gets extra cash due to shortage of change but he accepts the cash and credits the change in the customer's online wallet (bbWallet), instead of keeping it to himself as a tip. In a similar incidence, Ms Ameena from Benson Town, Bengaluru ended up paying Rs.1000 extra for a bill amount of Rs. 2500. Naresh realised this upon counting the cash and credited the extra amount in Ms Ameena’s wallet. Impressed by his honesty, she offered him Rs. 500 as a tip which Naresh politely refused. This tale of Naresh’s honestly spread like wildfire among the other members of the housing society where Ms Ameena lives and has resulted in an increased amount of orders for bigbasket. In fact, his orders have the highest amount of cashback to the bbwallet in a particular area. A lot of other customers appreciate his work through other means, like a cracker box on Diwali, knowing that he won’t accept cash. Naresh is also coaching the other employees on cash ethics and instilling in them, bigbasket’s values. He has also been recognised by the regional team at bigbasket for his continuous show of integrity. 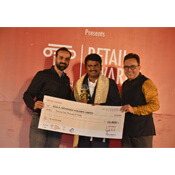 On a perfect summer day while the park was filled with happy families and team Wonderla was busy making sure things worked smoothly, Raju K, a Wonderla associate, noticed something unusual. It was at Tower 3, which is the loading area at the top of a ride just before the slides begin, that he noticed a young girl in her late teens, who seemed to be having an argument with her family and hence started isolating herself. Sometime later he noticed her walking away towards the side of the tower which actually stands at about 26 feet. Raju instantly noticed that the girl looked visibly upset, unhappy and lost in her own world. He started following her actions just to make sure she was safe when he saw her gradually inching closer to the edge. He immediately ran towards her and lunged forward to stop her from taking that fatal step and ultimately saved her life by albeit going out of his way. We often ignore these small signs that people around us show at a time of despair but sometimes observing people around us can lead us to save their lives, save them from themselves. Raju K not only saved a life but saved a family who will be ever grateful to him and his swift human instincts. 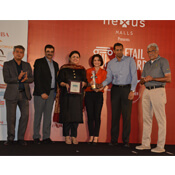 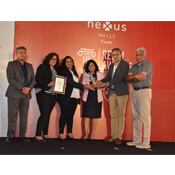 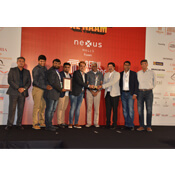 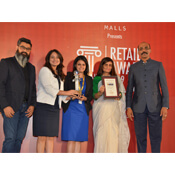 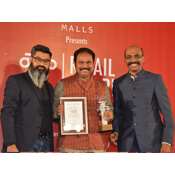 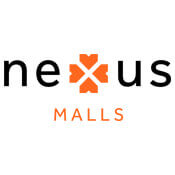 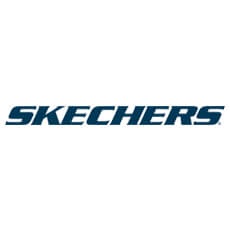